Festival offering was diverse, jazz, blues, soul, funk and latin jazz music. Also hip-hop and jazz-fusions were heard as well as plenty of music rich in New Orleans and Cuban rhythms. Most of modern jazz played was French.

The main performer of the pure jazz genre was Wayne Shorter’s quartet, who performed at Kirjurinluoto on Thursday 17.7. On the same day, the creator and godfather of soul/funk music – James Brown, played with his orchestra. Other performers were Sam Moore (18.7), Jamiroquai (19.7.) and The Roots (20.7)

Guitarist Marzi Nyman (24) was chosen as the artist of the year.

In the spring of 2003 Alpo Suhonen was made managing director of the Pori Jazz organisation. 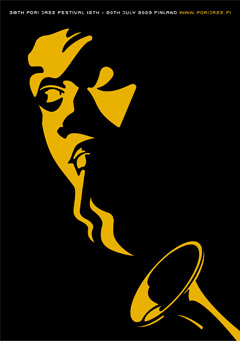